A fast, diverse network that can handle anything.

Because of XMission’s longevity, we have established strategic peering agreements, giving your data the shortest possible paths. Businesses benefit from fewer hops and lower latency—resulting in a competitive edge when every fraction of a second matters.

Should any issues arise in an external network, our diversity allows us to quickly route around the problem. In the event of a fiber cut or facility outage, XMission will maintain uptime through our well-distributed IP connectivity.

XMission is committed to delivering services over IPv6 and has successfully transitioned many services to this new protocol.

A visual representation of our network. 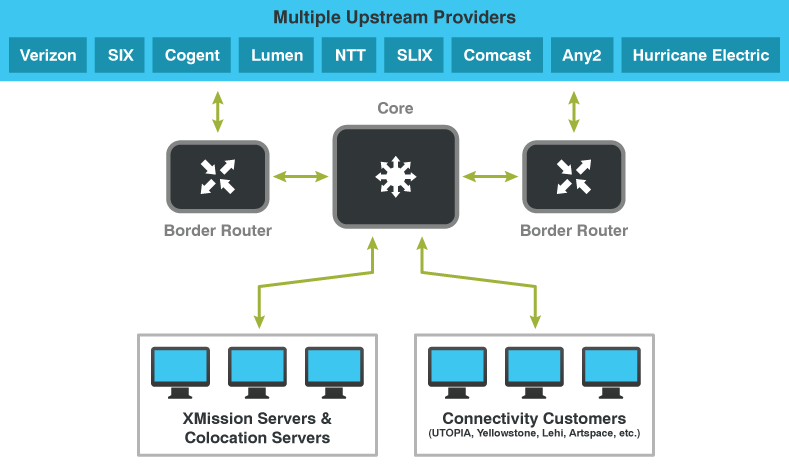 “Even when our company was just getting started, and we were taking advantage of XMission’s excellent service options for emerging businesses, I always found the staff to be extremely professional and responsive to our needs.”